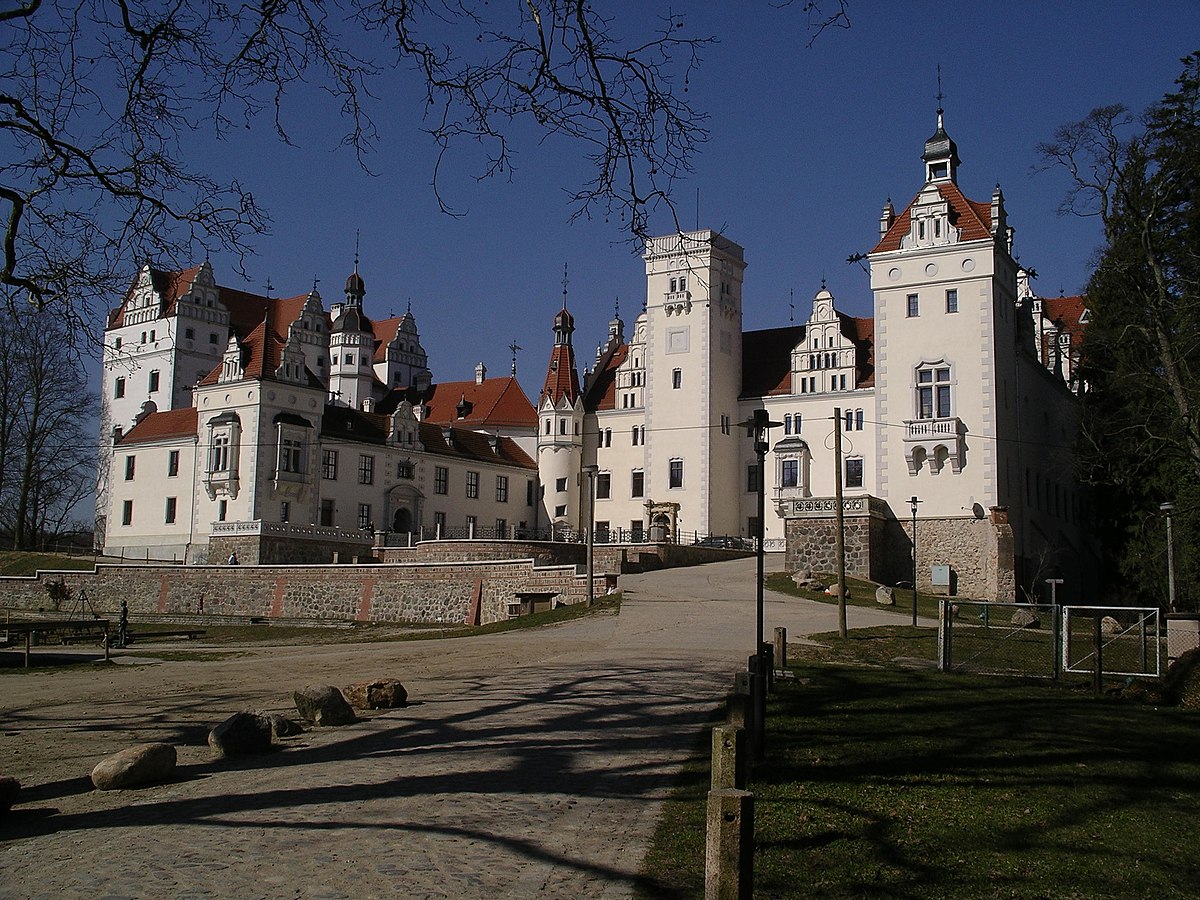 Read the news headlines – click on the one about the Syrian air strikes – read what Justin Trudeau had to say about it – watch brief video clip on Angela Merkel’s comments on it – wonder about her accent and where she’s from – look up Angela Merkel in Wikipedia – find out she’s from the Uckermark – wonder where the Uckermark is – look it up in Wikipedia – see on Wikipedia page picture of gorgeous castle, Schloss Boitzenburg – click through to Schloss Boitzenburg’s page – find out it’s the ancestral home of the von Arnim family – remember that that’s one of the principal families of German Romanticism, i.e. poets, fairy tale collectors, friends of the Grimms etc. – look up the von Arnims, including Achim von Arnim and his brother-in-law, Clemens Brentano…

All that remains is to find Schloss Boitzenburg on Google maps, click through to the home page of the castle itself, find out that for €45/night one could rent a room, and get lost in dreams of a holiday in the von Arnims’ castle in North-east Germany.

And there you have it: even the daily news can lead to Romantic literature. You just have to be determined enough in following rabbit trails.